Tabitha was brought up in an equestrian environment where the family yard was at home. Success came early in competition and she began imparting her knowledge through teaching whilst pursuing an academic education, achieving a degree in Information Design and then an impressive Masters degree in Design Studies.

Since 2006, Tabitha has been extremely fortunate to have the opportunity to train on a regular basis with one of Europe’s most successful and experienced competitors, Ulla Salzgeber. Ulla transformed Tabitha’s approach to dressage and has given her a true understanding of how to structure training for both horse and rider in a clear system, which she passes on to her clients.

Then in recent years Tabitha has also had access to one of Germany’s most acclaimed trainers Conrad Schumacher. He has instilled into Tabitha the classical principles of dressage.

These two approaches have equipped Tabitha with a wealth of knowledge to draw upon, using both classical and modern dressage techniques and exercises. 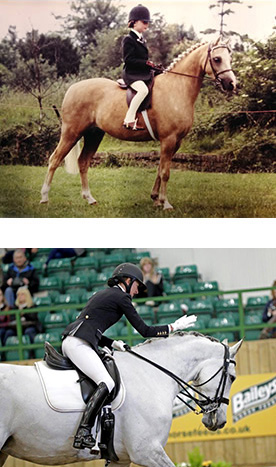