Team Perrywood is made up of a vastly experienced and enthusiastic team. Bringing together different backgrounds and understanding to create a strong partnership. Together they pursue further education and new skills. Their passion keeps them motivated and highly competitive.

Tabitha has had a lifetime of training being brought up in an equestrian environment, where both her parents rode. During her academic education Tabitha continued teaching and riding, on completion of her Masters Degree she began working full time with horses. At this point Tabitha’s interest in dressage grew. Her training has continued, gaining coaching and guidance from world renowned dressage riders and trainers, then in turn passing that on to her clients and their horses. Tabitha is a British Dressage Registered Trainer.

Chris brings to Team Perrywood a wealth of experience having served in the Household Cavalry for 27 years. During this time he had the opportunity to Event throughout the UK and Europe gaining valuable expertise. This lead to Chris becoming an Officer and gaining the title Riding Master of the Household Cavalry. Through his eventing he has had access to the best trainers in Europe for all three disciplines. Chris has since gone on to be competitive in British Showjumping and British Dressage where he has recently competed at Advanced level. Alongside his competitive career he was also able to complete his BHS II and is on the BHS register of instructors and The Pony Club register as a qualified trainer.

Beth has been the Manager at Team Perrywood since 2010. Previously working at a variety of multi-disciplined equestrian centres, gaining her BHS AI at the earliest possible opportunity. Since joining Team Perrywood she has developed her interest in dressage, becoming a talented dressage rider and trainer. With a diverse background, Beth is able to draw upon her experiences to train riders and horses with an interest in all disciplines.

Team Perrywood will be known as TPDressage in the future. This is to help people identify the brand with the specific discipline of Dressage. 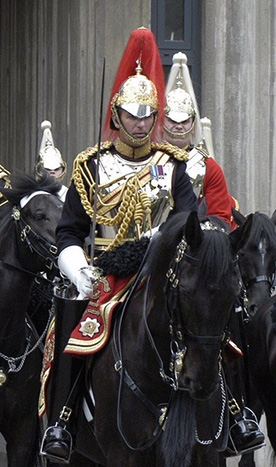